Wow! Can you believe summer is almost over? Well at least more than halfway there. And what a summer it has been. I just wanted to take some time to connect with you and share with you a little bit about what’s been going on in my life, what I’ve been thinking about and learning, and some of the experiences I’ve had.

And my goal in doing this is simply to share, and maybe something I say will trigger something in you, a new awareness, a new idea, a new inspiration. If you haven’t known me long, I might not have had a chance to share with you my purpose in this life. And really, this message here is part of that.

See, I truly believe that my purpose is to show people how to live their life in a way that allows them to express their full potential, to move in the direction of their dreams, and to endeavor to live the life they are imagining. And so, thank you for joining me here and allowing me to speak into your life in this way. It is an honor that I hold sacred.

So anyways, this summer has been quite the summer for me. I was able to tick a number of things off my bucket list, and that’s a big deal for me. You know, even though I have reached a certain level of success in my own life, I never stop remembering where I’ve come from and holding a place of gratitude in my heart for where I am now and where I am going.

I think one of the most special moments for me from the last couple months took place in the unlikely city of Leeds, England. You see, it wasn’t on my bucket list to travel to Leeds (lol)… it’s not a bad city, but not a top destination either. However, what is on my bucket list is to see the living legends, artists and performers like Elton John, Neil Sadako, Phil Collins, Hall & Oats, Diana Ross, Rod Stewart, The Eagles. And it just so happened to be The Eagles that brought me to Leeds.

Now you have to understand, it’s not just on my bucket list to go see these great performers and artists, but more specifically, to see them front row, with the people in my life who I love – my closest friends. And the only Eagles show for which I was able to get front row tickets, and that was a match in my schedule, was in Leeds. So off to England I went.

And I thought and believed that the biggest and most significant thing for me on this trip to Leeds was that I was going to be seeing this incredible band, up close, perform music that I had been listening to and loving for years. But something else happened that caused the actual concert experience to fade drastically in comparison…

Don’t get me wrong. The concert was INCREDIBLE. I had bought two tickets. I was there with a great friend. And we LOVED the show.

Let me just go off on a tangent here for a moment. There is a very important principle that I strive to live by day in and day out. And that is, to leave the impression of increase everywhere I go. For example, when I’m at a restaurant, I will more often than not leave a 20% or greater tip. That’s not normal. Most people don’t do that.

If I’m traveling in Europe and I happen to buy something from a street vendor… you know who I’m talking about, those people selling their wares on the street corners of cities like Rome, with whom everyone tries to drive a hard bargain, I don’t beat them up on their price. If I want what they have to sell, I will pay the price they name.

It’s the impression of increase!

So here I was in Leeds, England. I had purchased two tickets for this concert about 9 months earlier. So, this trip had been in the works for quite some time. Because I was an international attendee, I was informed that I would have to pick up my tickets at the venue on the night of the show. Included in my package was a VIP pass, early access to the lounge, and some Eagles swag gear.

I show up to the venue at the appointed time to pick up my tickets and get my passes, expecting two tickets, two passes, two of everything in the package I purchased. The lady at the VIP desk looks up my name on her list and says, “Ahh yes, Mr. Martinelli, we have your 3 tickets here for you…”

Now let me pause again. With a lot of practice over many years (and a lot of failure as well in this area), I have learned the art of receiving. And trust me, it is an art. So many of us have been programmed from a young age that we are unworthy, that we are undeserving, that if someone gives us something good, then it puts us in a position of obligation, and that that’s a bad thing. For many years, it was very hard for me to receive good in my life, especially when I felt like I hadn’t worked for it, like I hadn’t earned it.

Well I stood there, with my arm outstretched, and I said, “thank you.” My friend and I stood there and we were both slightly shell-shocked but, nonetheless, open to receiving.

So, we received. We received three of everything. Three front row tickets. Three VIP passes. Three swag bags. So, then the next question to enter my mind is, “who is this for?” It’s obviously not for me. I already have a ticket. The benefit to me personally having three tickets is insignificant.

So, then I do what I have trained myself to do, again, over many years of practice. I turn my thoughts inward, and I tune into my intuition, that voice that I’ve identified as God’s voice within me. I’ve learned to trust my intuition, and in this moment, I know there is someone who is going to receive a front row ticket that has THEIR name on it. They just don’t know it yet. And I just need to allow myself to be led to this person.

My friend and I stand just inside the entrance door to the concert venue for 10 minutes or so, watching people walk in and walk by us. I know I am looking for someone, I just don’t know who. After standing there for a few minutes, I knew this wasn’t the right place to find them. So we go in and find our seats… our THREE seats for the two of us. Right up front. Literally, we could touch the stage.

And I turn around to look behind me as the rest of the stadium begins to fill up with people. And say to my friend, “I’m just going to go for a walk and see who I find.”

I end up at the farthest point from the stage, where the ceiling of the stadium literally meets with the back row of seats. Sitting in one of those seats, your head is touching the ceiling.

And the first thing I see is a baseball cap on a young man’s head with a “P” on it, and I immediately recognize it as the symbol for the Pittsburgh Pirates, the major league baseball team from my hometown. What was somebody from Pittsburgh doing in Leeds, England, at an Eagles concert?

I go right up to him and I say, “You’re from Pittsburgh, what part?” And he looks up at me, surprised, and says, “Oh actually, my wife is from Pittsburgh… Mount Lebanon.”  Now what you might not know is that I went to Mount Lebanon high school. His wife grew up two streets over from where I grew up. You can’t make this stuff up!!!

So, I look at him and I say, “Well, it’s your lucky day. I have a front row ticket right here..” and I hold it up. “And it’s yours if you want it.” He immediately turns to the older gentleman sitting next to him, his father-in-law, and says, “The ticket is yours.”

You see, the back story is, one year ago, their whole family had pitched in together to buy their father a birthday gift, a ticket to see his favorite band in the city where he was living, which happened to be Leeds. With all of their combined efforts, this seat in the very last row of the stadium was the best seat they could get him.

His name is Jim. The father, that is. And I say to him, “Well Jim, here’s your VIP pass, you’re coming with me.” He was dumbfounded. He looked like he had just been struck by lightning. Together, we walked all the way down, down, down, down, down to the front row, with Jim’s front row seat right there, empty, just waiting for him.

I don’t think I’ve ever seen a bigger smile on anyone’s face. I’m serious. And what I don’t even know how to put into words were the emotions and the feelings that I experienced within myself during that concert. Gratitude that I was chosen to be the vessel through which increase was expressed to Jim. Amazement that me, a high school dropout, janitor would be the one to gift a ticket valued at several thousand dollars to a complete stranger. Love for this individual, this complete stranger, just knowing that he would be able to have a taste of the life that he is worthy of having every day of his life, that he would create a memory that would last him the rest of his life.

The truth is, the world needs you rich. The world needs good people like you to have resources, to spread the impression of increase wherever you go. Now, I know I didn’t use my own money to buy that third ticket. But I also know, if I had not purchased the first two, if I had not bought the full VIP package, I would not have created the space in my life for me to be used as the vessel through which Jim’s life was expanded and, honestly, changed forever.

Now, I was intending to share a few more stories with you in this email about my summer and what’s been going on, because I do want to tell you about some other experiences, but I will save those for another day, coming soon.

Just know that I believe in you and I believe in your dream! You have within you every resource, skill, talent, and ability that you need to bring forward and create in your life that which you desire.

The world needs you rich!!

I Am Grateful for Paul Martinelli

The John Maxwell Team is one of the most rewarding things I've ever had happen to me in my life. Paul's foresight and strategic vision gave me the opportunity to birth (found) the John Maxwell Team.
https://paulmartinelli.net/testimonials/maxwell/

Paul Martinelli will give you the program that will help you to live your dreams...and accomplish more than you could ever imagine. You don’t have to guess about things; he takes the guess work out.

Gerson with Roddy and I! I have a story for … END_OF_DOCUMENT_TOKEN_TO_BE_REPLACED 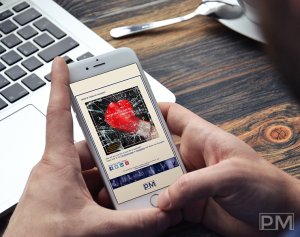 Are You Receiving Your Daily Thought?

Would you like to receive power thoughts like this every day? Start your subscription to the Daily Thought and we’ll send each day’s message right to your inbox!